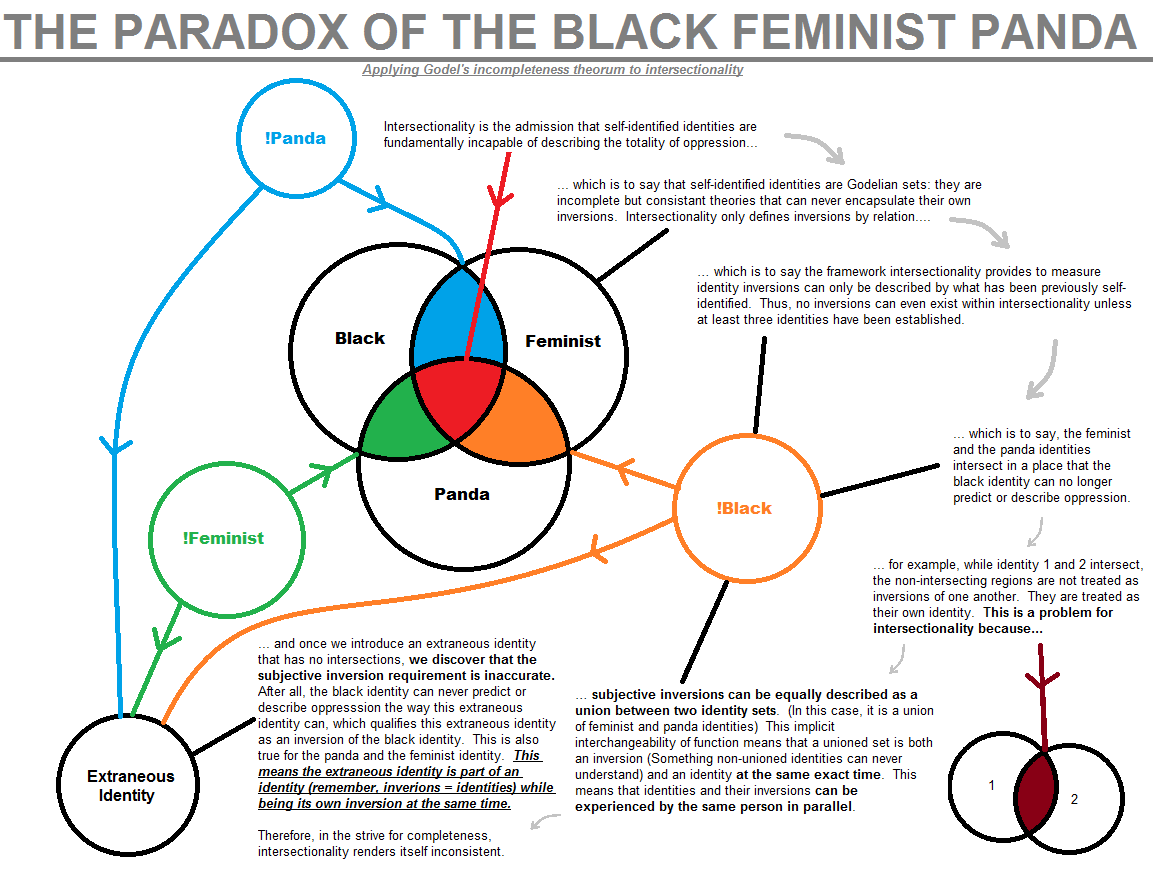 For example, the feminist and the panda identities intersect in a place that the black identity can no longer predict or describe oppression. (Additionally, if identity 1 and 2 intersect, the non-intersecting regions are not treated as inversions of one another. They are treated as their own identity.) This is a problem for intersectionality because subjective inversions can be equally described as a union between two identity sets. (In this case, it is a union of feminist and panda identities) This implicit interchangeability of function means that a unioned set is both an inversion (Something non-unioned identities can never understand) and an identity at the same exact time. This means that identities and their inversions can be experienced by the same person in parallel.

Therefore, in the strive for completeness, intersectionality renders itself inconsistent.

Let theories be a set of theorems.
Let a theorem be a set of proofs that predict and detect oppression.
Let intersectionality imply inversions (!) to be:

Thus, inversions can be defined as:

This is logically false since B ∩ C contains not just (A ∩ B)c ∩ C, but also A ∩ B ∩ C.

Intersectionality's implications of inversion, then, is false.

To further demonstrate the point, let X be a different theory of oppression that has no intersecting theorems. Thus:

However, due to the second rule of inversion, X is part of all inversions. Thus:

Is a false statement.